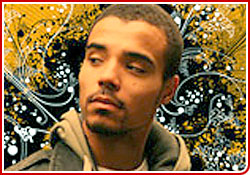 The Mobo award winning hip hop artist Akala joined the Dub Pistols in the studio last night to lay down some lyrics on the forthcoming Pistols 5th studio album.

Dub Pistol “Barry Ashworth” said he is delighted with the results of the session and believes Akala’s lyrics are some of the deepest he has had the pleasure to record.

a bit of background on Akala

In 2006 Akala was the first rapper to perform his own headline concert in Vietnam.[citation needed]

In 2008, Akala has also featured at the South by Southwest Music festival in Texas, as well as performances in New York, Los Angeles and in Brazil.

In 2010, Akala toured the UK with the Nas & Damian Marley Distant Relatives tour, which included the British rappers Ty. In November 2010, he also embarked on his own headline tour of the UK (20 dates).

In November 2010, Akala headlined a live performance at the British Library, to launch the Evolving English exhibition and featured performances by the renowned British poet Zena Edwards, comedian Doc Brown and British rapper/activist Lowkey. The live event also included Akala taking part in a hip hop panel discussion alongside Saul Williams, US professor M.K. Asante and Lowkey. He was also present at One Love:No Borders Hip Hop event held in Birmingham UK in April also with acts from artists such as the fantastic Iron Braydz from London, Lowkey, Logic and other up and coming UK artists.