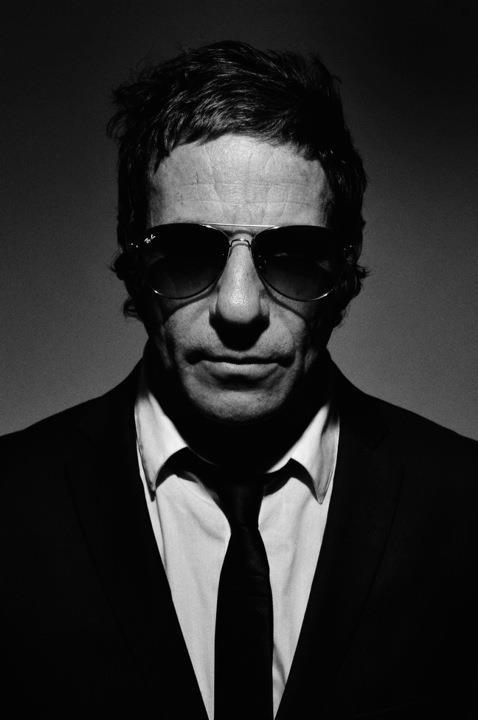 The West London party-rockers, pioneers that successfully combined Dub, Ska, Hip Hop and Big Beat (Electronica), have given us a bit of their time for an email interview prior to arriving at the sophomore edition of the Electric Castle Festival (@ Bonțida, in Transylvania, Romania).

Barry Ashworth is a big fan of the multi-racial 2-Tone ska band The Specials (being quite instrumental in reuniting them during the past decade).

Never takes a day off, loves to try local food when traveling abroad, and visited the World Trade Towers the day before 9/11… here is the ClickZoomBytes interview with Barry Ashworth of the Dub Pistols.

RiCo for CZB: When did you discover your passion for music and when did you first get the idea of combining ska and reggae with hip hop and electronic beats?

Barry Ashworth (Dub Pistols): I’ve always had a passion for music ever since I can remember, but I never believed I could make a career from it. It was the beginning of theacid house scene in 1987 and going to Ibiza that I started to get involved in running clubs from there; I started to promote bands and DJ’s… From there I thought maybe I should start my own band, so that’s what I did.

I always had a love for reggae music and electronic music as well as punk so the idea of fusing the 2 styles just seemed a natural thing to do.

RiCo for CZB: How did you meet and team up with Jason O’Bryan?

Barry Ashworth (Dub Pistols): Jason was working with a DJ called Derek Da Large on theWall of Sound label, doing a project called Ceasefire. They had just made a track I loved called Trickshot, so I tracked Jason down, phoned him up, said I love your last track, dude – let’s make some music together, and that’s how it all started.

CZB: You’ve gotten to work personally with Terry Hall and more recently with Neville Staple. Was working with The Specials what you expected?

Barry Ashworth (Dub Pistols): I never expected to be a musician, let alone get to work with my heroes and that’s what the Specials were to me – my heroes. They were my favourite band when I was growing up – so no, I never expected it – but it’s been an amazing journey and an honour to have worked with Terry Hall, Lynval Golding and Neville Staples who now features on our new album.

CZB: This year you’ve been to India, Dubai, Thailand with your music… How much sightseeing to you get to do while on the road promoting your music?

Barry Ashworth (Dub Pistols): It really depends how long we are in the country for, sometimes it’s just fly in – do a show – then fly out, but places like India, Thailand etc… the journeys are long, so we always get a few days off and try to see as much as we can – we try to hang out with the local people and always try the local food.

CZB: Do you enjoy playing on your birthday or do you usually take the day off to celebrate with friends?

Barry Ashworth (Dub Pistols): I never really have a day off, so playing on my birthday is just normal – but in the last 2 years I’ve been lucky enough to have shows in London @ The Jazz Cafe on my birthday so I’ve been able to work and celebrate with my friends at the same time.

CZB: How important is the socio-political message for you in your music?

Barry Ashworth (Dub Pistols): It’s very hard to combine music and politics but sometimes you have to say something rather than stand on the sidelines – if you feel strongly about something.

CZB: You’ve mentioned in an interview that you especially liked playing in Ucraine; how do you feel about the Russian takeover of Crimea?

Barry Ashworth (Dub Pistols): I’m never happy when one nation invades another; I have many friends in The Ukraine and it saddens me to see their country on the verge of another civil war.

the rest of the world has just stood by and let it happen.

CZB: You were in the States during the 9/11 incident? What were you doing when you find out about the tragedy and how did you feel about the situation?

Barry Ashworth (Dub Pistols): I was on top of the World Trade Towers the day before the attacks took place… I then flew to L.A. to start a two-month tour to promote our new albumSix Million Ways to Live.

I was watching the TV in L.A. when the attacks started.

I, like the rest of the world, just stared at the television and could not believe what I was seeing.

I was shocked and saddened at what was happening – but I knew even then as I was listening to the US commentary – that nothing good would come out of this.

The US used it as and excuse to invade and topple Saddam (Hussein of Iraq) but it’s only made the situation in the Middle East worse and it cost thousands of lives.

There are no winners in war.

CZB: Why did you name your most recent album Worshipping the Dollar?

Barry Ashworth (Dub Pistols): It was around the time of the global banking crisis, when the greed of the Bankers had once again brought the world to its knees. No Bankers lost their jobs but many working class people lost their homes, jobs and everyone has had to pay through Taxes and service cuts to bail out the banks. It’s their Worshipping of the Dollarthat has caused all this suffering so that’s what I was thinking of when I came up with the title.

CZB: I read that you’ve been working on a band autobiography, What Could Possibly Go Wrong? …when will this be released?

Barry Ashworth (Dub Pistols): It’s being turned into a documentary which we have been filming over the last 3 years… I think another year and it should be finished.

CZB: How did you enjoy the pilot edition of the Electric Castle festival and in what sense was it better than other festivals you’ve played at?

Barry Ashworth (Dub Pistols): The Electric Castle festival had one of the best atmospheres i’ve ever experienced at a festival anywhere in the world, the crowd was just amazing. It was one of the best shows I’ve ever played; I can’t express just how special it was, we have been lucky enough to be invited back again this year and I just can’t wait to walk out on that stage again. Romania should be very proud of what they have achieved. This festival could grow to be one of the best festivals in the world

Interview conceived by: RiCo for CZB.ro

Thanks going out to Barry Ashworth, the Dub Pistols

and Edmond Lenarth and Andi Vanca from the Electric Castle festival

for their time and cooperation.