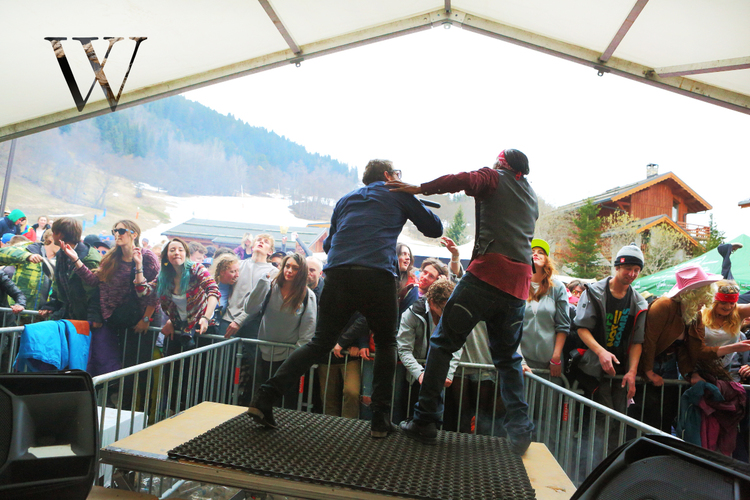 Last week the Dub Pistols returned to Meribel in the French Alps to take part in the annual 3 Valleys Charity Day.
The fifth annual 3 Valleys Charity Day (& 15th charity event since it started in La Tania in 2002) that was held on Wednesday 6th April 2016 in Meribel Village last week was another outstanding success.
After three years of incredible sunny weather at the event this year we were faced with an uncertain & unsettled forecast for the actual day. The Gods smiled upon us as always though and the rain held off for the entire day. The lack of sunshine certainly did not dampen spirits on the day or hamper advance ticket sales. Thanks to Luke and the guys at Alpine Intent we had a large tent in place covering the majority of the venue in case of the rain that was forecast. Despite the forecast by 14.00pm the venue was almost full.

This year we saw a record attendance of almost 2000 people at this year’s event. The increased attendance certainly made a difference with the Pub Le Ski Lodge bar serving a pint every six seconds throughout the day!
Many thanks to everyone from all the different stations of Three Valleys that attended and bought a ticket either in advance or on the day. You have all made the event such an incredible success again.

This years slogan of we could be heroes this years was inspired in the most part by David Bowie’s sad passing in January. We did feel though that the message of we could be heroes was a really positive one for our event and could in some way spur us onto greater efforts to raise even more money for our two charities The Sebastian’s Action Trust and the Ligue Nationale Contre le Cancer
For the first time in the history of our event our Ziggy Stardust motif inspired tee shirt design meant that the official charity day tee shirts were a total sell out. This is an incredible effort so thanks to everyone who bought a charity day tee this year meaning that even more profit goes direct towards our charities. 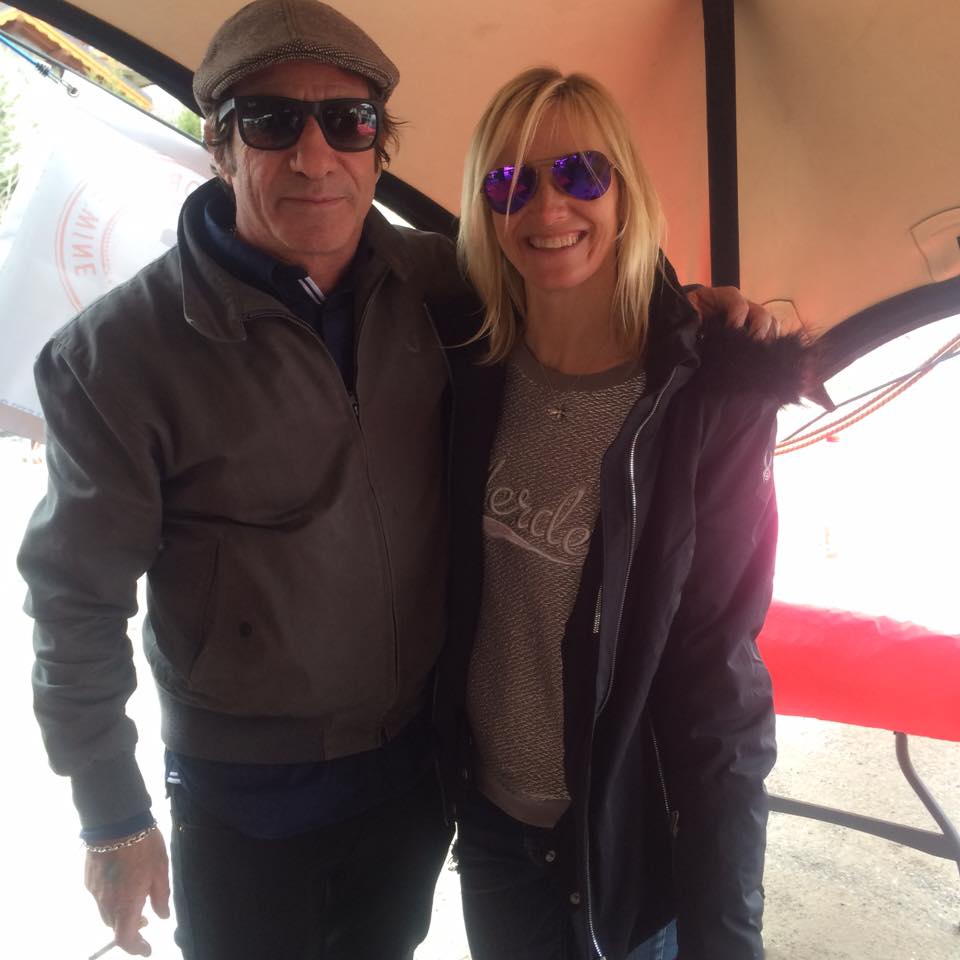 Radio DJ legend and Glastonbury presenter Jo Whiley returned again this year as our main presenter and MC bringing us a brilliant presence on the main stage and a wider level of recognition & credibility to our event.
The Dub Pistols who have now become synonymous with our event returned this year to headline the line up and brought the house down once more with their set to close out the event. Many thanks to Barry and the guys for their enthusiasm and their big love of our event!
Alongside Jo Whiley and the Dub Pistols we had our usual line up of incredible local bands. It’s worth stressing that many of the local bands on Wednesday gave up paid gigs and their own time to play at our charity day. It cannot go without saying how much we appreciate all the local bands for doing this and without you the event would not be the success that it is. You all know who you are so to quote Barry from the Dub Pistols – Big Yourself Up…

I would also like to thank Rich, Westy, Stevie, Gareth and Dougal of the newly formed Piste Productions Audio for the hours they put in on the Tuesday and Wednesday to make the sure the event sounded absolutely brilliant. I’m not sure those petit vin blancs at 11.00am on Tuesday during set up were a good shout though…

At Wednesday’s event there were too many highlights to mention here individually so make sure you check out all the photos of the action on our facebook page facebook.com/3VCharityDay 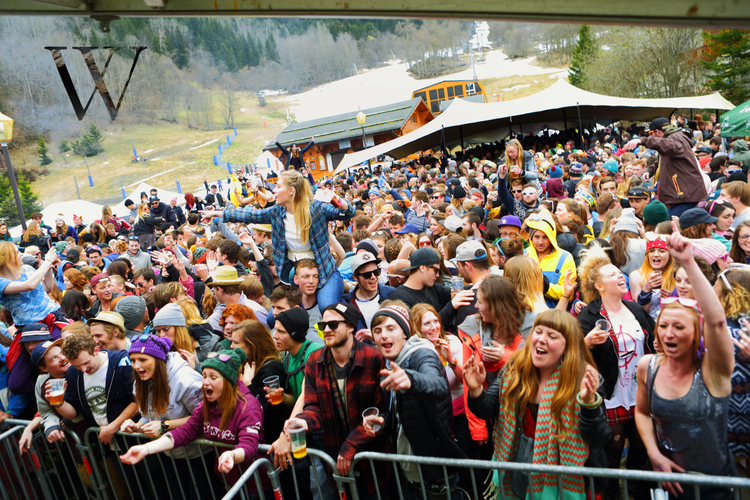 The fancy dress competition went down a storm this year with some great costumes on show during the day including a white walker from Game of Thrones, the Alpine Elements minions and various characters from Star Wars The Force Awakens all representing. The winner of the best fancy dress though as voted by the crowd was the homemade and truly unique upside man by Tom Flack. Well done Flacky!
As always at the 3 Valleys Charity Day it’s all the volunteers that assist me and give up their own free time and lend their support to make the event happen that are my true heroes. A massive shout as always goes out to everyone who helped me organise this event this year – again you all know who you are!

On a personal note thanks to Tim “one take” Wall for providing advice, support and the usual comedy value including the hung over radio jingle at Radio Meribel, one of my highlights of this years preparations.

To finish then on a year when we could have been heroes – thanks to all of you that attended the event and partied hard and those who gave up your own time and volunteered, you all were indeed heroes…

See you all next year!