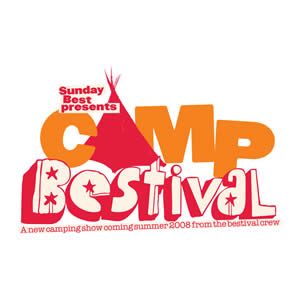 Camp Bestival have announced that the Dub Pistols will play the main stage at this year’s Camp Bestival, alongside artists like Jimmy Cliff and Rizzle kicks. Acts so far confirmed include:

Festi-holiday frolics ahoy, the time has come to unveil the first of the myriad magical treats we have in store for July 26-29 at Camp Bestival 2012! Of course, we’ve got a seriously hip-shaking musical line-up at the best family festival holiday around but that’s not the only thing that will be keeping you on your toes as our Bang on theme, we’ll hosting our own Olympic shin-dig with a screening the opening ceremony live in the Big Top on Friday night complete with a Camp B torch! And our favourite wallies Lost & Found will also be back as the loveable Camp Bestival Blue Coats to host our 2012 Silly Olympics. From pea shot-put to their signature binocular football, you’ll be going Olympics-crazy for their games! And, as ever, Lulworth Castle will be brimming with incredible spectacles, moments of pure joy, amazing food, luxury camping and tons of fun for all the family with over 100 free things for kids to do and lots and lots of brand new attractions at our landmark fifth Camp Bestival!

Rob da Bank says: ‘’I can’t believe it’s still only January yet my heads firmly entrenched in a field in Dorset in July thinking about all the mighty musical offerings and other fun and games we have lined up for Camp Bestival. From Chic to Hot Chip, Jimmy Cliff to Little Dragon and Mr Tumble to Rizzle Kicks it’s another very diverse line up reflecting all the different ages and tribes that descend on Lulworth Castle each year! I hope to see you there’.

As firm favourites of our entire crew, we are extremely pleased to announce that Hot Chip will be making their debut headline appearance at Camp Bestival. And things are set to get funky fresh on Saturday night with Camp Bestival’s Saturday Night Fever! So get your glad rags on for a disco spectacular the likes of which has never been seen on Dorset’s Jurassic coastline with Kool & The Gang dropping the Jungle Boogie, Chic featuring Nile Rodgers taking us on an epic journey through one of the most booty-shaking back catalogues known to man – watch Mr Nile Rodgers himself talking about coming back to Camp Bestival! – and there will be dazzling glitter ball behaviour from the Earth Wind & Fire Experience featuring Al McKay.

It’s not all about our astounding music line-up though because we have more festival exclusives than you can shake a stick at for Camp Bestival 2012, including the one and only Mr Tumble! We can almost hear the rumble of anticipation from our youngest audience members already!

Those exclusives just keep on coming as we are jumping for joy to be welcoming Fantastic Mr Fox! Shrek and Princess Fiona from Shrek The Musical are making a spectacular return exclusively at Camp Bestival! Better yet, this time they will be bringing their wise-cracking sidekick Donkey with them for an exclusive Camp Bestival sing-a-long!

In yet another festival exclusive, the lovely people at English National Ballet have chosen Camp Bestival as their FAVOURITE festival and we are delighted that they are coming back for the 4th year to host brilliant ballet classes and much more!

Food is bigger and better than ever at Camp Bestival 2012 with lashings of lovely grub on offer, our tummies are already rumbling in anticipation. We are beside ourselves with excitement to announce that we’ve got the country’s finest young chefs, street food vendors, bakers and mixologists all under one roof in the Young British Foodies Tent! Winners of the nationwide search for the most talented Young British Foodies will be joined by the YBF all-star foodie judges to create a never-been-done-before, spectacular eating experience.

We are also extremely honoured that the author of ‘Supper Club’, food blogger and chef, MsMarmitelover will once again host The Underground Restaurant, an extraordinary theatrical dining experience at Camp Bestival. The theme and decor will be shipboard, pirate, South Seas with a creative adult and children’s menu. Better yet, you will able to gather up a delectable selection of edible goodies for making your camp meal at the new Underground Farmers Market! From cheeses, chutneys, sausages and fresh bread, this gypsy style encampment will be your ultimate onsite grocery stop!

And there will be plenty of action on the ones and twos with Warm & Electric Minds teaming up to present sets from Horse Meat Disco, The Revenge, Mark E. Tim Goldsworthy, Auntie Flo and Warm & Electric Minds residents. We’re also incredibly excited to announce David Rodigan MBE Presents Ram Jam! We can’t wait to give him some signal! Plus there will be lots of hands in the air escapades from The Japanese Popstars, Jaguar Skills and his Amazing Friends, Camo & Krooked, Greg Wilson, Zed Bias, Shellac Collective, Mosca, Ben UFO, Stopmakingme and the Balearic Brothers to keep the party rolling.

The Gruffalo show is also back by unprecedented demand, with a magical theatrical adventure on Sunday morning on the Castle Stage. And there’s even more! Being 747 will be performing their new scientific rock opera ‘The Clockwork Universe’ and we’ve also got masters of slapstick comedy The Bopps!, featuring Housemartins founder Stan Cullimore.

Hold onto your hats for the amazing new Wall of Death! Our daredevil ‘Hell Riders’ will astonish you with their terrifying motorbike tricks, zooming in circles around their vertical Wall of Death whilst barely holding on! Jaw-droppingly amazing!

Stefan Gates The Gastronaut is another new recruit who will be demonstrating his fantastic gastronomical experiments in the Little Big Top. And we’ve got circus treats galore! Wookey Hole Circus are all under the age of 18 and are an unbelievably gifted bunch making their Camp Bestival debut in 2012! Plus Square Peg Circus will be gracing us with their new spectacular outdoor show, ‘Rime’.

More brand new stuff comes courtesy of Kid Carpet and the Noisy Animals, plus we are mega excited to announce our very first Summer Panto: Beauti and the Beast of Lulworth Castle! Another Camp Bestival premiere is the brand new Roundhouse Street Variety Show a specially devised show featuring 20 young performers (all aged 12 – 16 years) who have created a variety show like no other!

Camp Bestival wouldn’t be the same without bedtime stories from the wonderful Howard Marks, so be sure to rally the kids into sleepy-mode with the help of his dulcet Welsh tones.

What’s more, the Ovalhouse’s Truth About Youth London will performing a unique theatre show called ‘Bussin It’ on a real double decker!

Are you a rock star in the making? Well you can now head to Rob da Bank’s Youth Club to find out! This project, set up on the Isle of Wight in partnership with the Youth Trust, is coming to Lulworth to offer up a brilliant selection music and arts workshops

Plus you can now get (nearly hitched at Camp Bestival in our Big Love Inflatable Church! And we’ve also got dancing with bells on! Hot stepping around Lulworth Castle, catch our troops of Morris Dancers jingling and stick bashing in trad English stylee.

And when all that fun gets too much and you’re in need of a glorious oasis of calm, look no further than our newly expanded healing area, Soul Bird Gardens. With massages, wood fired hot tubs, relaxation and mediation with the David Lynch Foundation, this is our favourite place to shake off the world and unwind.

Or shop till you drop in the new Secret Emporium for some seriously classy retail therapy! With the hottest milliners, jewelers, fashion designers and artists this side of Jupiter, you can hand pick some goodies from some of the best British designers.

And don’t forget, there are plenty of camping options too from Camping Plus to Tipis, Yurts, Podpads and beyond there’s something for everyone. Check here for the down low.

And don’t forget to check www.campbestival.net for all the up to the minute news about our fifth Camp Bestival!

Age 10 and Under Weekend Tickets are for anyone aged 10 and under on 26/07/2012. These ticket holders must be accompanied by a Ticket holding parent or guardian over the age of 21