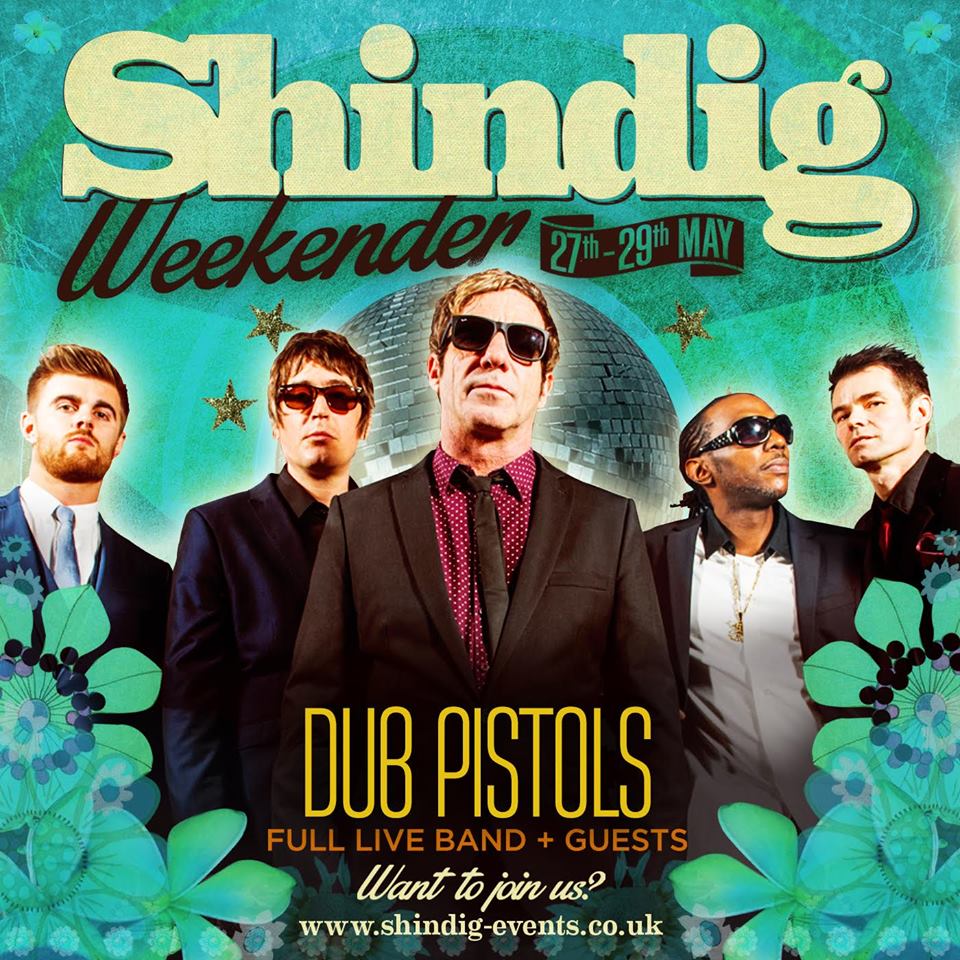 Dub Pistols have been announced as next year’s headliners at the brilliant Shindig Weekender
Barry has been involved since the first year and has played twice as a dj alongside Rodney P, next year though the whole Dub Pistols band alongside some very special guests will make their debut at this unique festival.
Here is what Shindig had to say

‘When we tell people that Barry ‘Dub Pistols’ Ashworth is the Landlord in our festival pub we get some interesting reactions.

Well it’s simple, when it comes to Rock & Roll behaviour and instigating the party of the year we don’t know anyone who does it better. So after the last two years, its time to up the dosage. Barry is bringing the whole band with him this time plus some very special guests will be joining them on stage.

He will also be programming the now infamous Ashworth Arms line up for the whole of Sunday. We have seen what he has planned, the artists, the entertainment, the vibe… so come join Barry and the boys for the annual ‘drink the bar dry Sunday’ at Shindig.”

Want to join us?