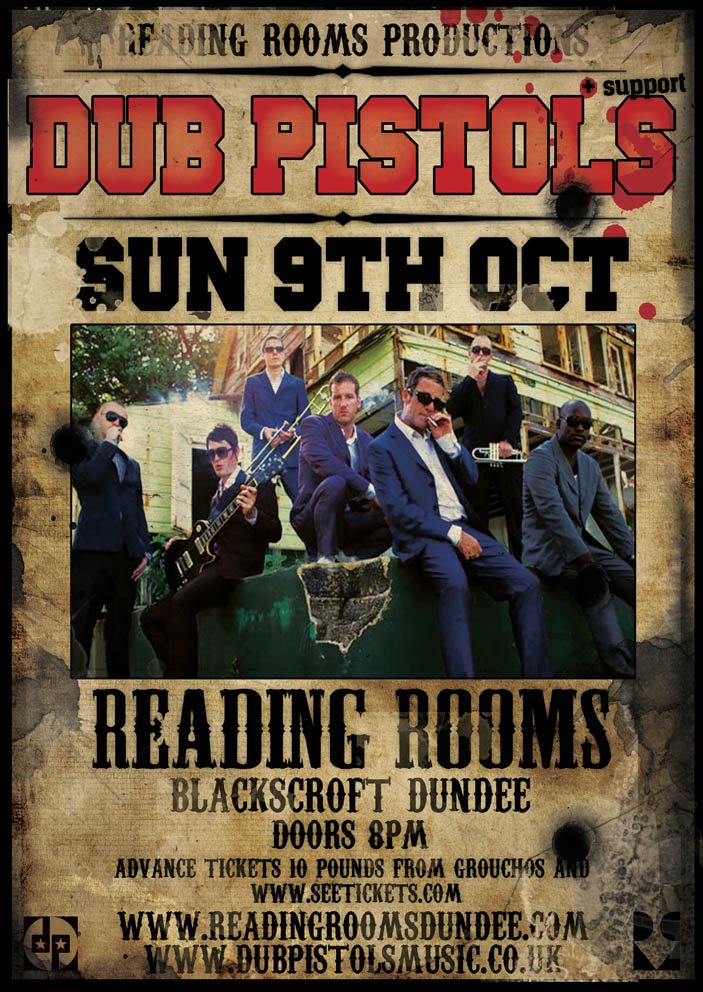 It’s been around 13 years since the DUB PISTOLS last hit Dundee. That time the lads were part of the whole Big Beat shebang and hit the popular Dundee clubnight ‘Homeless’ in full flow. This time round they stand firm as one of the UK’s hottest live club driven acts and make their debut at the ex-Homeless promoters very own club, The Reading Rooms. Dub Pistols have been festival favourites this summer, hitting Glasto, Bestival, Blissfields, Endorse It etc so it’s sure to be a storming night for all Dundee rude boys and girls. Gwan there!