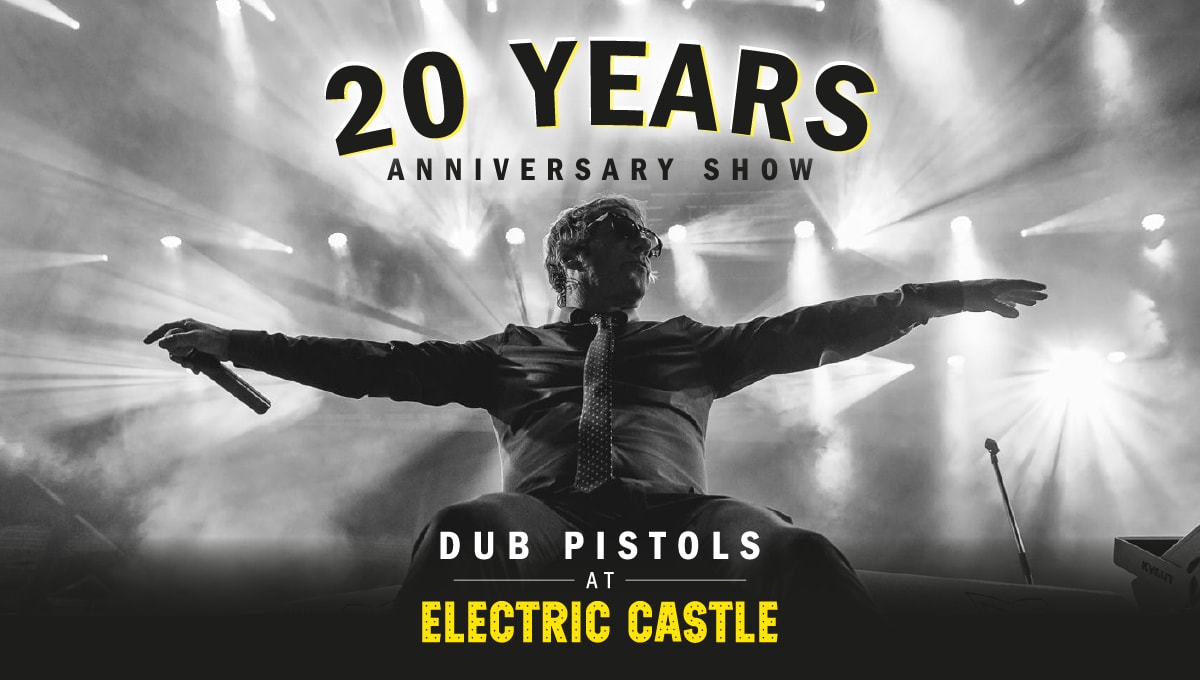 Dub Pistols continue their residency at Romania’s premier festival “Electric Castle in Cluj again this year.
The Pistols consider EC to be one of the best festivals in the world and feel its a real honour to have been
involved in every edition to date.
This year the band will perform a special show to celebrate their 20th Anniversary and bring in special guest that include Rodney P, Mc Sir Real and Dark Horizon Seanie Tee.

Electric Castle is a music festival that takes place in July, on the spectacular Transylvanian domain of the Bánffy Castle, near Cluj-Napoca in Romania. The festival is a unique festival experience that combines music, technology and alternative arts. It features many genres of music including rock, indie, hip hop, electronic and reggae, as well as art installations.

The festival was shortlisted for 4 times at the European Festival Awards for the Best Medium Sized Festival Category, among other famous European names. In 2016, over 120.000 people visited the festival grounds during the event.[1] On its past editions, the festival had confirmed names such as The Prodigy, Skrillex, Bring Me The Horizon, Fatboy Slim, Sigur Ros, Bastille, Rudimental, Thievery Corporation, Die Antwoord and many other artists that performed on one of its seven stages.