Great Review from E-Festivals for our Mucky Weekender

Wanted – drummer. Must be able to play and party hard. No breadheads or time wasters.

Sadly it was Jack Cowen’s last night as drummer for the Dub Pistols. With an audience full of the Dub Pistol family, a party atmosphere in full flow, and a beautiful warm September evening, it was the perfect way to bow out. Jack will be sorely missed, as evidenced by the emotions shown on stage that night. The festival was a fitting end to Jack’s involvement with the band.

The cry of WCPGW (what could possibly go wrong) is often banded around Barry Ashworth and the Dub Pistols. They have a reputation as a band that likes to throw a party and party hard. This first event from Barry and promoters Rebellious Creative was nothing short of outstanding. It had all the elements of a great end of season party in a small but perfectly formed package.

The site was nestled in the Sussex countryside on a working farm and the arena was a long strip of land running parallel to a stream and fields of sheep. Oak trees for shade and good grass to sit on. At one end was the Ashworth Arms venue and at the other was the Crazy Diamonds Club. Both had bars with a good selection of reasonably priced drinks including Bad Uncle Barry’s IPA and various cocktails named after the Dubs band members. The timings on the two stages meant that we could amble between them and catch at least half of everyone’s set. Between the two stages were giant deck chairs, decorated pyramids with seating, and straw bales under the oak trees. Ideal for lazing in the sun and socialising. For the hungry there were a few good food vendors providing nourishment for veggies, vegans and meat eaters alike.

With a capacity of 850, the weekend had a hugely welcoming atmosphere and ran on Friday evening and Saturday until the early hours. The crowd were the most open crowd I have encountered the whole summer, so many chats with strangers that I felt as though I were amongst friends. Barry refers to the Dub Pistols fans as family, and it felt that way.

The festival had a stellar line up with a whole lot of bang for your bucks or £99 when converted to GBP. We started Friday at 1700 with the Ashworth Arms opening band, Dubious Roots. This stage also had Queen Bee, Kioko, Don Letts (being excellent as always), The Nextmen & Gardna, and to close that evening, Jon Carter. Whilst at the other end of the field, Crazy Diamonds club hosted Slow Dance DJs, Terry Hooligan, WBBL, JFB and the mighty Stanton Warriors to finish the night off. Barry Ashworth didn’t miss out on presenting us with his DJ set.

At night the site, lit with fairy lights and decorations, looked as inviting as it did during the day. Jess Chambers and Will Lardner, of Rebellious Creative, have a good eye for detail when putting this together with their team. This was not unexpected as this team were responsible for creating Shindig Weekender at the start of the season. It was easy to spot the Shindig influences, Shindig crew and kit. I think I recognised one of the blokes running around on the electric bikes delivering people and stuff.

After a sunny breakfast the acts on Saturday started at 12 noon and ran through until 2am Sunday. Lionstar opened the Ashworth Arms and self-confirmed himself for Glastonbury next year, making the bold statement that he would be on a large stage without confirming which one. Skata Tones followed with a great set and the quality rolled on through with Doghouse Derelicts (Dave Budgen and Tim Hutton from the Dubs), Manasseh Sound System feat. Earl 16 and the Ghetto Funk Allstars, another Shindig crew on their holibobs.

The Crazy Diamonds club DJ line up started with Seanie T (Dubs) with a set that made me smile and put me in a great mood. The day continued in great style, sunshine and sounds with Will Streetwise, Jay Rees, Tim Toil and a particularly happy Traktor Girl joined by MC Spee for a bit who then went down the other end and joined Manasseh Sound System. It was good to see Spee looking so well and having a ball.

The event obviously built to the Dub Pistols set after Rodney P and Daddy Skitz had warmed everyone up and provided the usual high energy set that the crowd required. The band were joined on stage by the Ragga Twins and Rodney P, all of whom have worked with the band over the years.

The close out saw 2 Bad Mice with the Ragga Twins, Barrington, and Chopstick Dubplate ft. Cheshire Cat at one end, whilst at the other, Leftfield smashed it, and Darren Emerson closed the show. First class headliners for such a small event.

The festival was helped enormously by the weather, shorts and flip flops, and wall to wall sunshine. People were able to lounge about listening and watching, nothing being very far away. The crowd were up for it and supported all acts early or late. Speaking to Barry (he spent all weekend watching the acts and talking to punters) there is a confirmation that this will continue as an event. The location is perfect and the size is really workable with a line-up punching far above its weight. It was really well done all round, the ability to chill, watch quality acts and relax properly after a long season was invaluable. We are looking forward to next year already.

Early Birds have sold out in 24 hours!
Want to join us for another Mucky Weekend?
Tickets : bit.ly/MuckyWeekender2020 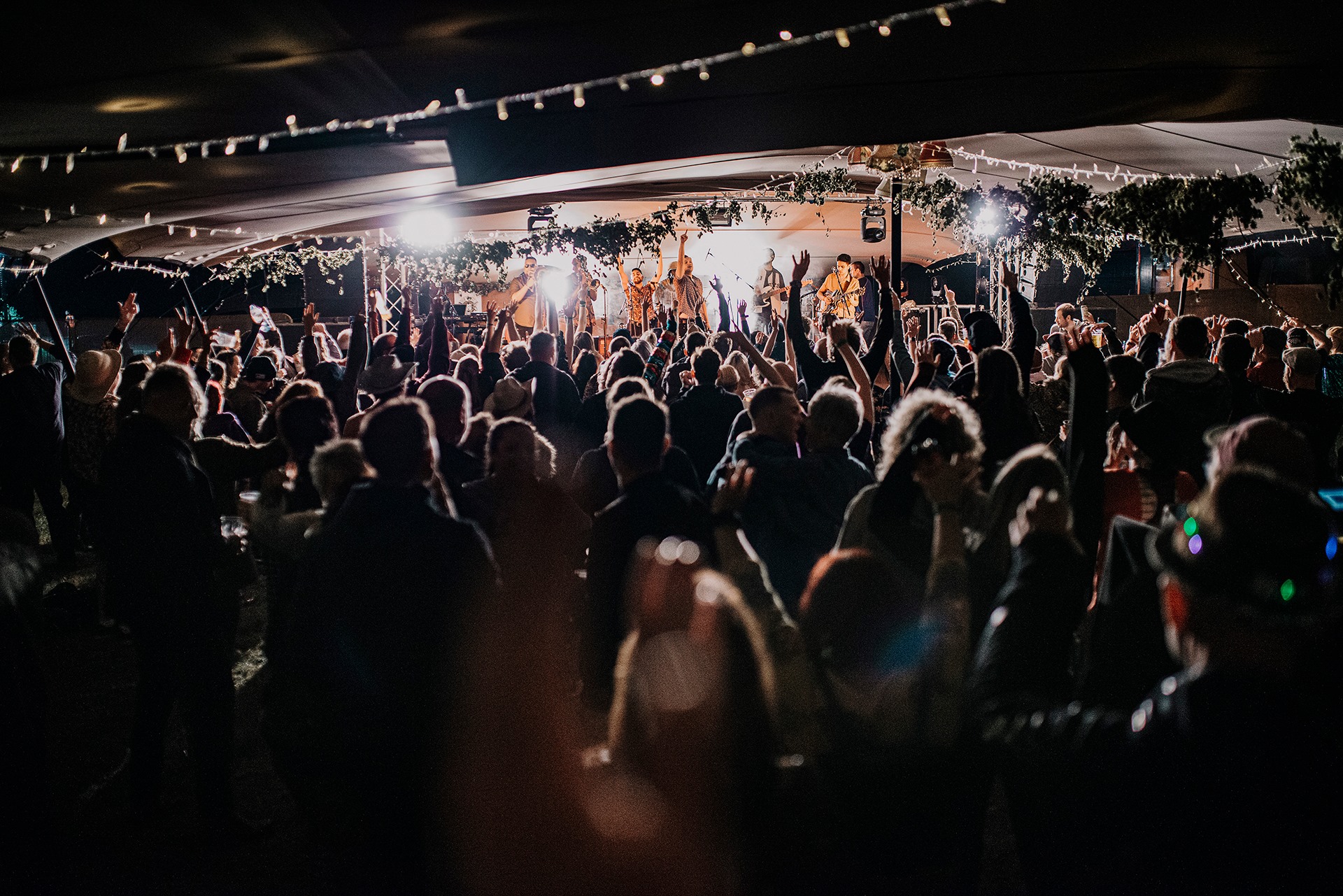