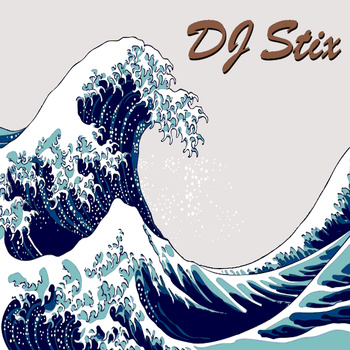 Way back in 1997 through a mutual friend and Dub Pistols band member Jason O’Bryan, Stix met up with Barry Ashworth to do some scratching over a few of their songs for the Dub Pistols forth coming debut LP “Point Blank” 2 days later Stix was asked by Barry to come and play a show in Oslo Norway. This led onto long term touring of the world both as a DJ and band member performing at various venues, festivals, etc..

After all this time Stix still continues to meet up with Barry for the occasional show or scratch feature and in his spare time he still uses his abilities in the studio to produce hip hop beats hence the new 33 track LP.

“Waves” is all about digging the crates (real vinyl) so expect lots of static and quirky samples laced with some heavy kicks and snares and DJ Stix turntable skills to boot.