So, it was time for the main act of the evening, we were fortunate enough to see Dub Pistols in Exeter in 2014 and they absolutely raised the roof back then, so how would they sound on an outdoor stage in what was looking like a very wet evening….well, read on to find out!

From the moment the lone trumpet player took to the stage to play the opening notes of their first track to the moment they took a bow and left the stage, they had the place bouncing, I don’t mean a couple of people bobbing their heads, I’m talking about the whole place jumping about! Dub Pistols are THE party band and if you have ever heard any of their material you’ll understand why, they rock! Effortlessly fusing Dub, Jungle, Hip Hop, Disco & Electronica they have been dazzling audiences all over the world for years. As well as being the driving force behind the band, Barry Ashworth is also a renowned DJ who has graced many turntables in countries such as Australia, Singapore, Serbia, Dubai, Thailand, Germany, Croatia, Italy and France. We chatted to Barry earlier in the day and I asked him what kept the band so tight and on form as every time we have seen them play, they look like they’re having a right royal knees up on the stage, he politely declined to answer the question, must just be a good heady dose of adrenalin, energy and the desire to give the crowd a kick ass show that they’ll be talking and reminiscing about for many months to come. Highlights for me included some of their legendary tracks such as ‘Mucky Weekend’, ‘Back to Daylight’ and a few lifted form their new album ‘Return of the Pistoleros’, released on June 1st which is available now as a signed CD or LP via Rob Da Bank’s label Sunday Best Recordings. 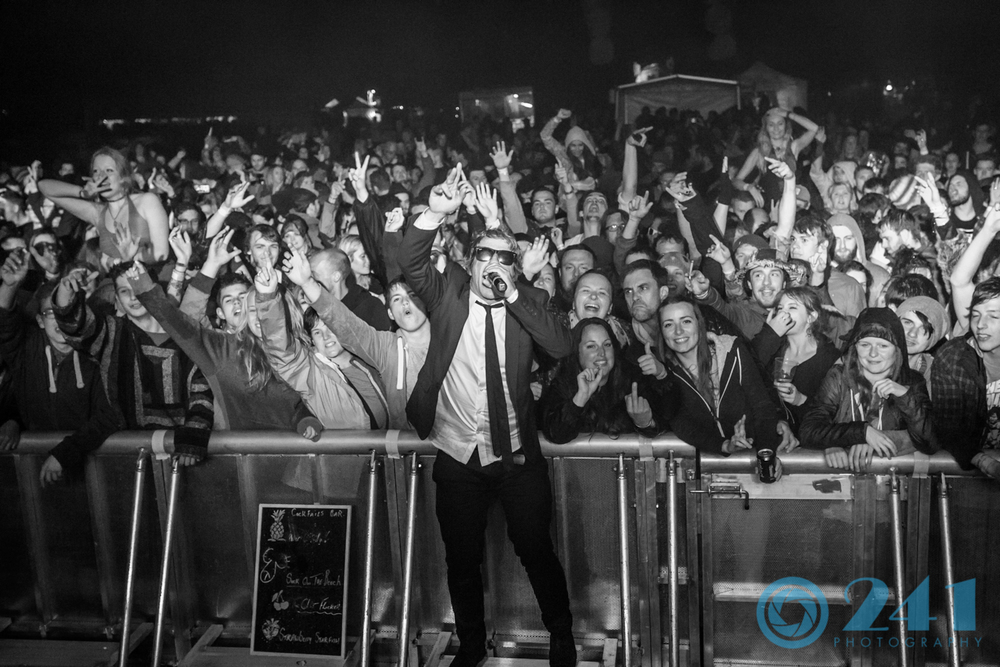 What started off as a project 18 years ago with various musicians jamming over the top of Barry’s output has slowly but very surely metamorphosed into a super tight, festival loving live machine that has fans the whole world over coming back for more year after year. They arrived, the played, they conquered, all hail Barry Ashworth and Seanie Tee and what is becoming one of the finest back lines of musicians in the industry, go forth and buy their new album, hell, buy all of their albums, they’re all brilliant and I bet you’ll be up and grooving to the output in no time at all! They left the rain soaked stage to rapturous applause and cheers, no doubt looking forward to playing more festivals throughout the land in the coming months…. 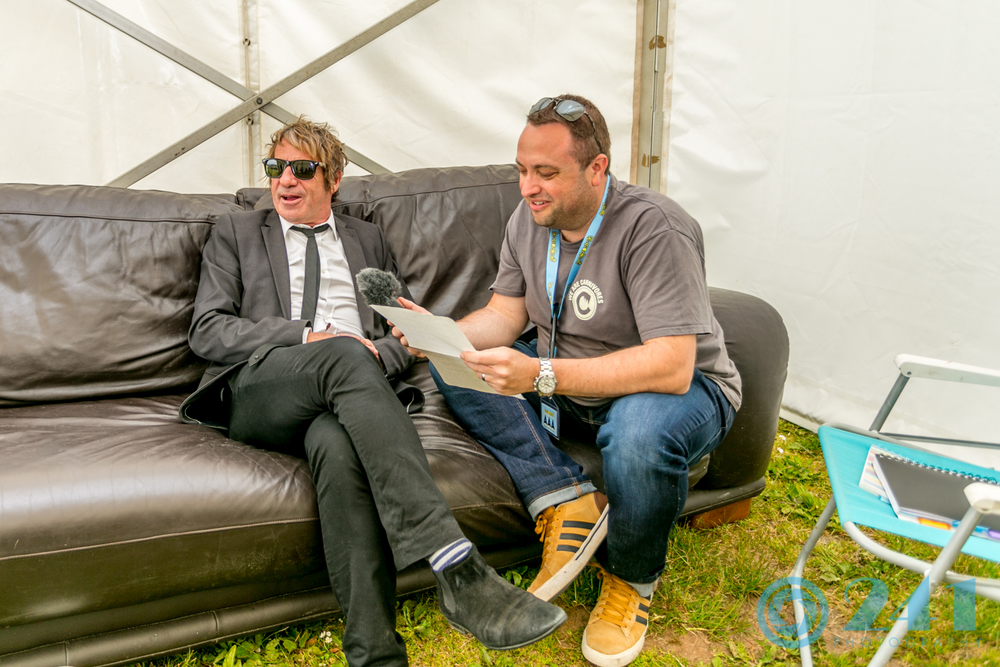