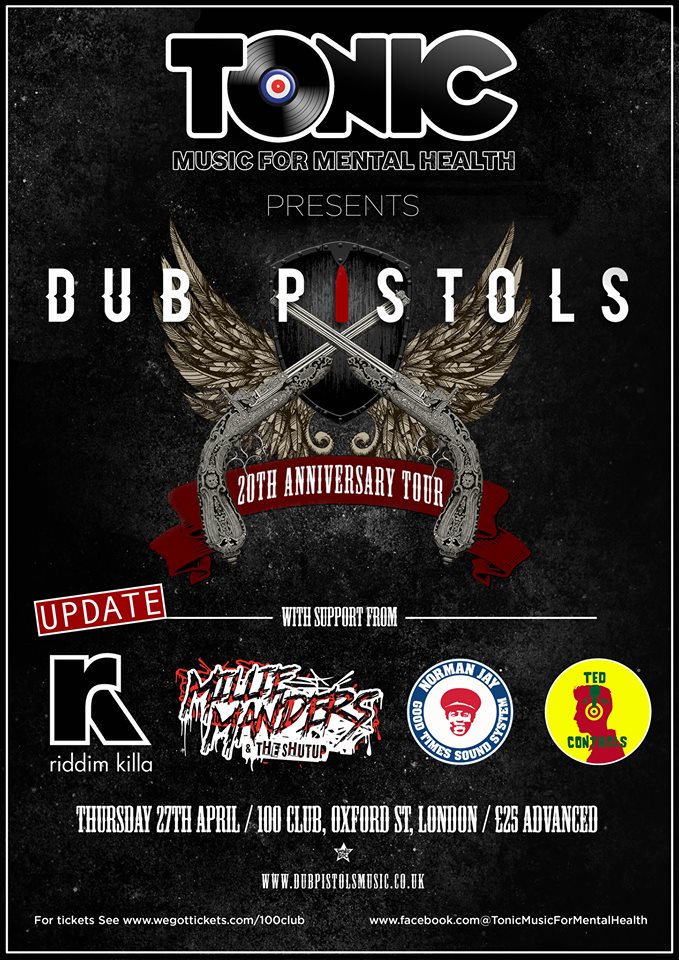 NEWSFLASH!
Later this month the Dub Pistols return to the 100 Club in Oxford Street, London as part of our 20th anniversary tour but more importantly to help raise money and awareness for the charity TONIC MUSIC FOR MENTAL HEALTH a new not-for-profit organisation based in the South Coast of England. Challenging Stigma and Promoting Recovery through Music.
We are delighted to announce that 2 absolute legends of the music industry have agreed to join us on the line up and support the night. They are none other than one of the pioneers of the Notting Hill Carnival and the legendary Good Times sound system Mr Norman J MBE and the godfather of UK hip hop Rodney P.
Its going to be a massive night and with less than 100 tickets remaining we suggest you grab your tickets, help support a great cause and join the good times
www.facebook.com/events/147181555784696/