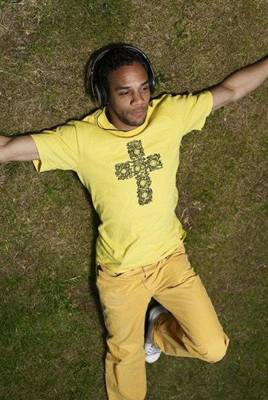 Dub Pistols have been recording a new song with Mc Darrison that will feature on the bands new album due for release late 2013.

Darrison also featured on the bands last album “Worshiping The dollar” and is a legend on the Drum and Bass scene where he has recorded songs with artist such as DJ Fresh, Ed Solo & Deekline, Netsky

MC Darrison, born Daniel Harrison, resides in Brighton UK, and has been a lyricist since the age of 13.
First performing with a Reggae sound system by the name of King Tafari Love, Darrison was originally known by many as Ragga D in the early days of his career.

The name Darrison only came about whilst on the coded Language Tour with Singer Morgan, DJ Krust, and DJ Suv.

In the mid to late nineties, Darrison became involved with south coast pioneers, the Pressure Krew, who consisted of DJ Quantum, DJ Skinny aka Nu Balance, and Rok One.
The first jungle Party that Darrison performed at, was Quantums night at the Factory night club in Worthing, alonside Krome and Time, the Pressure Krew, Mc Gee, as well as Junior Dan.
After this night Darrison was invited to become resident at Steppaz Convention, a weekly jungle night at the Beachcomber Club in Brighton which would lead on to become one of the most successful nights on the south coast.
A Tape that was recorded live at the club for Radio One’s, 1 in the Jungle show, was sent to America to some party promoters. On the strength of this Darrison was asked to go to the USA for a month to play a string of parties around the Tri State area