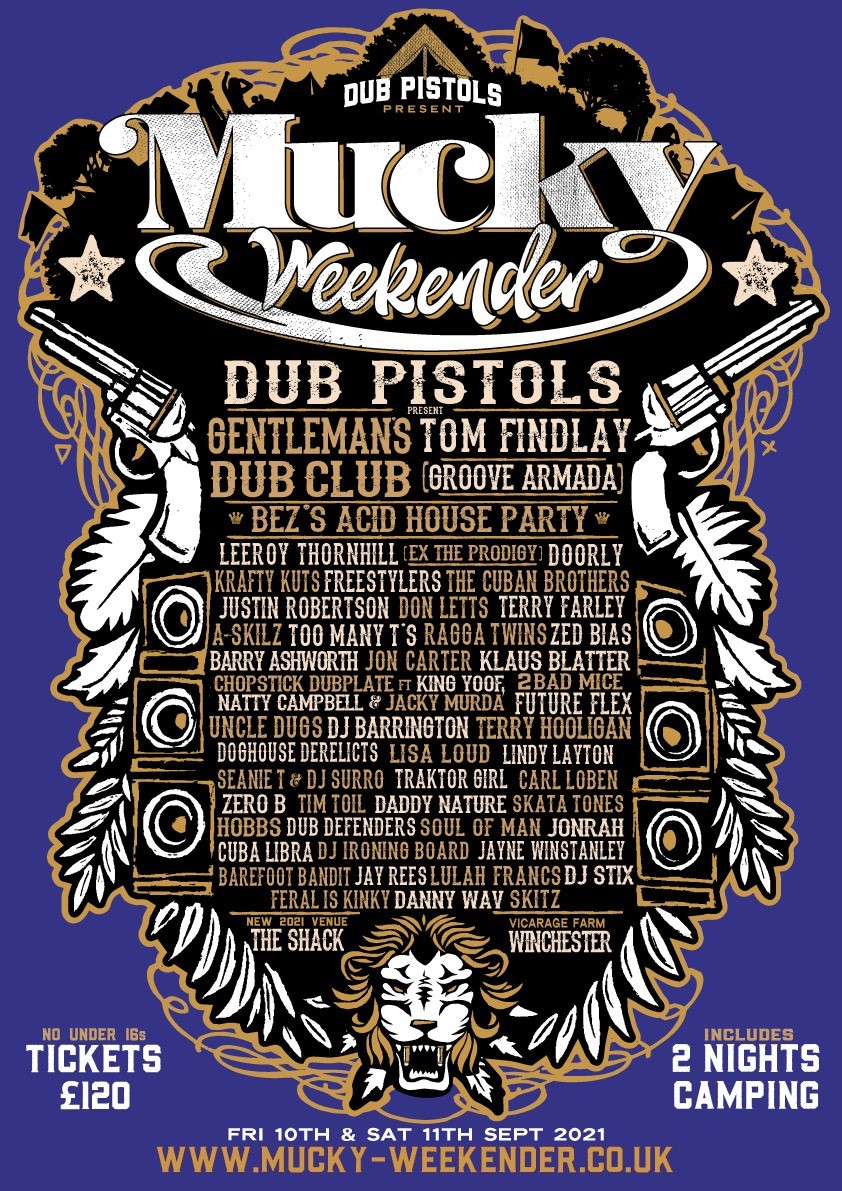 THE Winchester district will be home to yet another music festival.

Mucky Weekender, a 3,000 capacity event, will be held at Vicarage Farm in Woodmancott later this year after a licensing application being approved by the city council.

Curated by Dub Pistols’ frontman Barry Ashworth, this is the festival’s second year.

It is named after one of Dub Pistols’ biggest selling singles, Mucky Weekend.

The band decided to create and host their own festival in 2019, using it as a way to connect with their fans and showcase both established and new musical artists over the two days.

Barry Ashworth said: “Everyone’s a star at Mucky Weekender. I’m a strong believer that the crowd are just as important as the performers. Everyone has a smile on their face and are full of love.

“It’s the kind of festival you could go to alone and leave with 1,000 new friends. We are really excited to host this event and can’t wait to put a smile back on peoples’ faces.”

Barry added: “The new site in Winchester could not be more beautiful, set in 28 acres of private parkland and stunning countryside.

“Our ethos is very much one of ‘leave no trace’, and judging by our first year it’s an ethos the crowd fully embrace too. Our last site was left cleaner on departure than when we entered it.”

Whilst soaking up the atmosphere Mucky Weekenders will also see an array of street performers, including magic, comedy and an art installation nestled in the woods called “The Shack”, created especially for the festival by Arlen Figgis, son of renowned British director Mike Figgis.