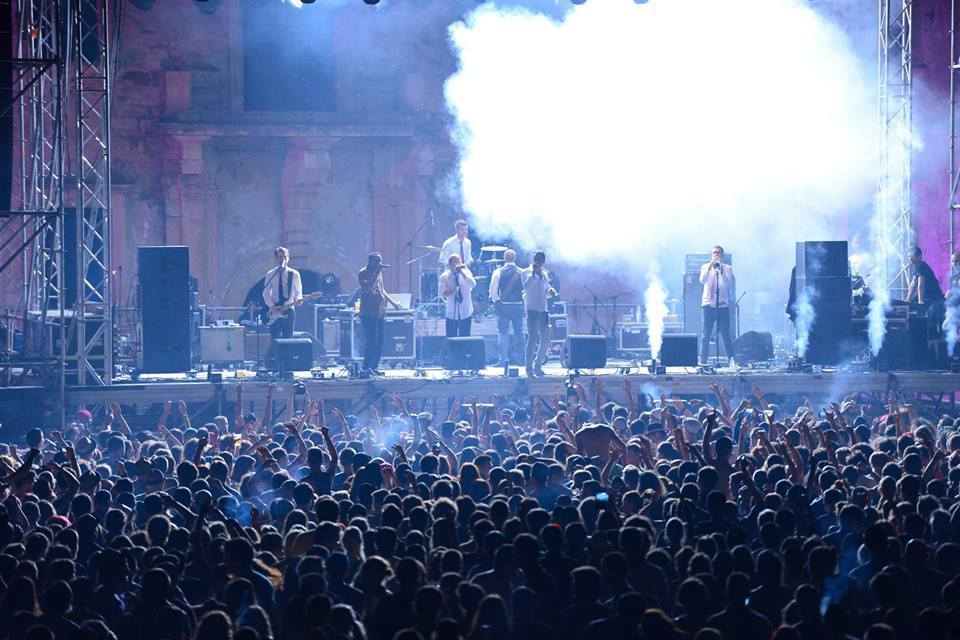 One of the most rock & roll acts out there, Barry Ashworth’s merry band of reprobates — the unstoppable Dub Pistols — are staying true to form with their sixth long-player. It’s called ‘White Lines’, although Barry is keen to stress that the title isn’t some sort of blatant drug reference. “It’s about the number of white lines we see on motorways and at airports when we’re travelling around all the time,” he says.

Bass. The Dubs continue to be one of the busiest bands on the circuit. Seemingly no music festival is complete without their riotous blend of ska, dub, hip-hop, electro, breakbeat, punk and drum & bass. Good times are guaranteed when the Dub Pistols blaze in to fire up the joint, and they’ll party all night — if you let them — until the motorway sun comes up with the morning light.

Over they years the Dubs have earned their ticket to ride the white line highway — and if you aren’t already hooked, baby, it’s nobody else’s fault. They originally grew out of the DJ sound system that Barry Ashworth started with cohort Jason O’Bryan in the mid-90s.

Along with contemporaries the Chemical Brothers and Fatboy Slim, the Dubs initially surfed the late ‘90s big beat wave with tracks like ‘Cyclone’, ‘Westway’ and ‘There’s Gonna Be A Riot’ before swerving into the more political ‘Six Million Ways To Live’ album after the Millennium and their first hook-up with unforgettable Specials frontman Terry Hall.

The procession of guest vocalists who’ve joined them in the intervening decade or so reads like a roll call of urban legends. UK hip-hopper Rodney P, late reggae great Gregory Isaacs, Freak Power man Ashley Slater, Beats International’s Lindy Layton, acid house original Justin Robertson, the sweet tones of Horace Andy, UK rapper Akala, TK from New York, Red Star Lion from the West Indies, Dan Bowskills… the list goes on. Despite these top collaborators, they’ve somehow still managed to remain a cohesive unit, and it’s for their riotous sense of fun, entertainment value and tireless ability to make crowds jump that the Dubs have carved a niche for themselves. Verily, they’re something of a phenomenon.

‘White Lines’ is more of a party album than the conscious vibes of previous LP ‘Worshipping The Dollar’, and also has its fair share of top-notch guests. Reggae don Earl 16, eminent hip-hopper Seanie T,Dark Horizon, Rodney P in-demand rhymer Serocee — as well as regulars TK, Darrison, Sir Real, Ashley Slater and Barry Ashworth himself on vocals — all make an appearance, as well as the dubwise horns of Tim Hutton,

The band will be hoovering up motorways as they tear around the country on the following dates this autumn: