Oh no, here we go again… it’s the annual Dub Pistols at the Wedgewood Rooms Review. Only this time around, the mighty Pistoleros had something extra special up their sleeves. Thanks to Beats and Swings along with the Wedgewood Rooms, the legendary Ragga Twins were coming to Portsmouth.

Last year’s Wedgewood Rooms show was a superb yet crazy diamonds Saturday night, the previous being an epic 2-hour affair. Then there was the Dub Pistols appearance at Victorious, very much one of the Sunday highlights, ending a mucky weekend. The Pistols having had the festival crowd dancing in the mud and rain, while there was a threat of it having been cancelled altogether.

As for the annual return to the Wedge, Dub Pistols were ready to get the Portsmouth crowd jumping once again. Fronted by Barry Ashworth and MC Seanie Tee, the pair feed off each other brilliantly, while clearly lapping up the admiration from the crowd.

I’ve said it before, but Barry Ashworth and the Dub Pistols clearly love coming to Portsmouth, and so they should. With the performance in full swing, a couple of big numbers were put out early on in the set, before it was time to mix things up a bit. 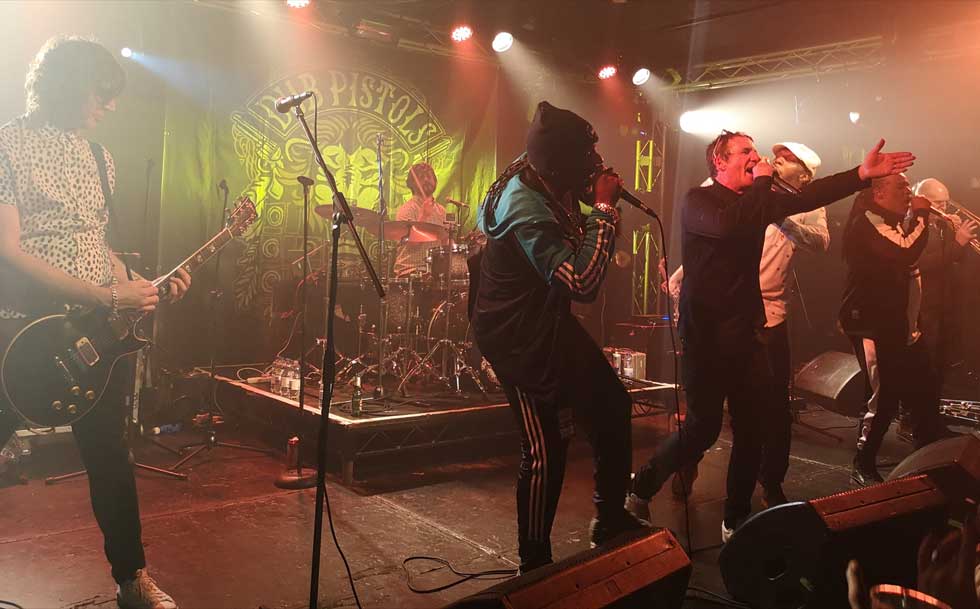 Introducing MC’s Deman Rocker and Flinty Badman to the stage, better known together as the Ragga Twins. Having already featured on the Pistols “Mad on the Road” this was, of course, a fantastic live track, but the energy, in general, was off the scale. Both Barry Ashworth and Seanie Tee remained on the mic, as all 4 vocalists bounced off one another as if this was a regular occurrence.

However this wasn’t your average gig, in fact, that’s what makes Dub Pistols such a great act, there’s always something new to appreciate. The moment Beats and Swings announce the Wedgewood Rooms show, you know it’s going to be one of the gigs of the year. Just when booking tickets, there’s still uncertainty of what you’re going to get. Sometimes there’s been Rodney P instead of Seanie Tee, other times both and then tonight it was all about the Ragga Twins.

The Dub Pistols are already a contradiction of styles, with influences of rock n roll mixed with drum n bass, breakbeats and plenty of dirty bass lines. However, throw in a couple of London’s finest jungle MC’s and you’ve got one hell of a party. As to how the Dub Pistols are going to top the Wedgewood Rooms show next year, well that’s anyone’s guess. 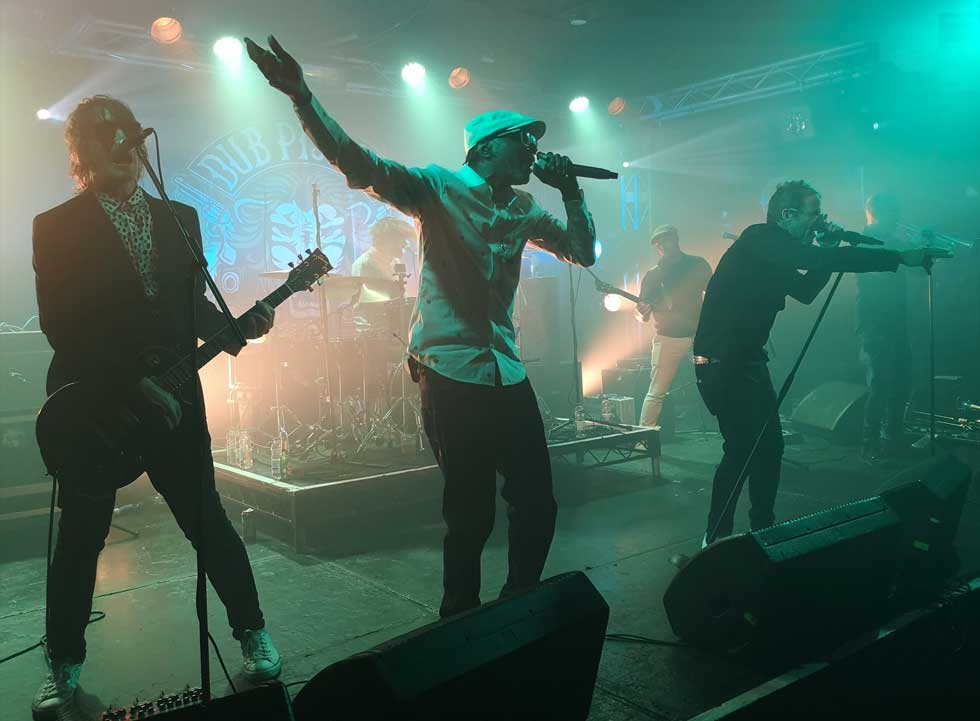