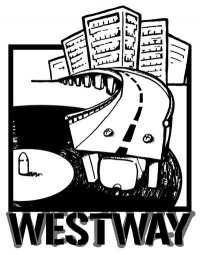 The Dub Pistols emerged from the big beat scene after forming in 1996. Previously, Barry Ashworth had been in Bealearic band Déjà vu before becoming a DJ, and he’s continued to DJ all over the world when not rocking out live with the full Dub Pistols band.

In the early noughties he started the short-lived Ugly Records, and then in the mid-noughties got together with Carl Loben to form Westway Records. Named partly in homage to The Clash (whose ‘Westway To The World’ film was named after the iconic west London flyover), ‘Westway’ was also the name of an early Dub Pistols release. The mission statement from the beginning was to release quality underground dance music with attitude, achieved via a punk-infused DiY ethic.

“It’s important to keep feeding good music back into the scene,” says Barry, and Westway has done just that. Barry has fed productions by his side-projects – Dogtown Clash and Rumblefish – through Westway, including ska-dub-breakbeat opus ‘West London’s Burning’ which has since been co-opted into the Dub Pistols live set. The Japanese Samurai video for this was on rotation on MTV and played several times by Steve Lamacq on BBC Radio 1, and Westway have had a number of other notable successes, including being nominated in the Best Label category at the 2010 Breakspoll awards.

The main thing, though, has been releasing quality club tracks, and Westway has given an early break to a number of artists who have since gone onto bigger things. A couple of early Westway releases were by Italian DJ/producer Madox, now one of the biggest names in house music as Riva Starr. Through his worldwide travels, Barry has brought several other new acts into the Westway extended international family, including Access Denied from Belarus, Sangers & ra from Australia, and Boogie Army from Germany – whose Marten Hörger is now one-half of the Smash Hi-Fi project with Leeroy Thornhill (ex-Prodigy).